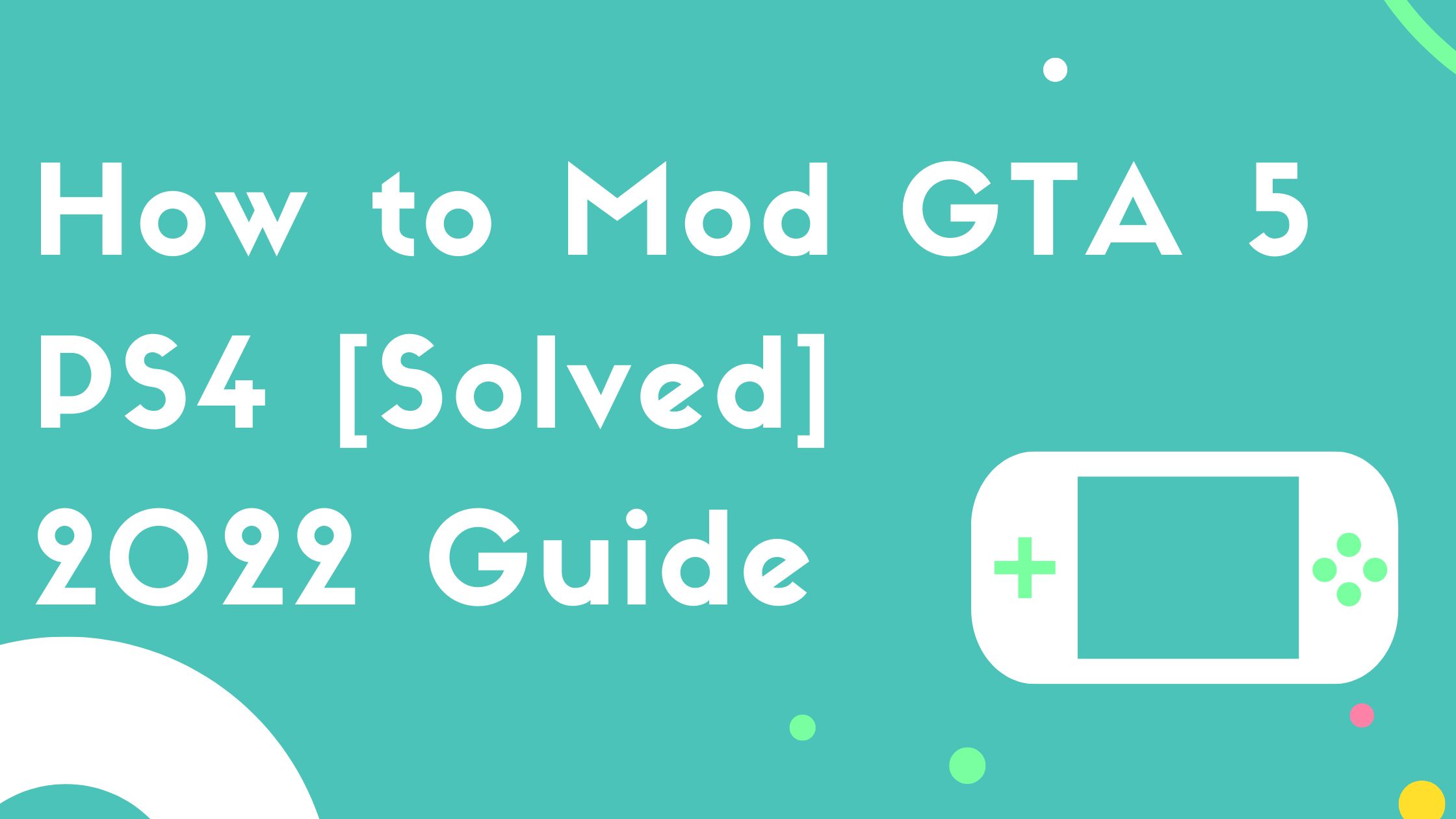 Most gamers always wanted mods, cheat codes and customizations in the game. I remember the time where changing songs in GTA VC seemed to be a great hack and if someone adds a few tweaks in GTA VC or Sand Andreas, the rest of the people think he’s a great hacker.

With that said, this post is about adding Mods in GTA 5. We’ll show you a detailed step-by-step guide that helps you add Mod in GTA V in your PS4.

Through rockstar games hasn’t officially announced Mods in GTA 5 for the PS4 version. Yet, it’s available for PC games and they can add numerous mods to the game. With the help of mods, the game becomes very interesting to play and entertaining.

You can MOD GTA V in PS4 by editing some files and with the help of custom scripts that are available online. You can replace those with the current files that are saved in the PS4. It requires a level of expertise to actually mod GTA V in PS4.

With the help of custom scripts, you can MOD GTA V. With that said there are many entertaining mods available on the Internet. You can download them and then replace them with the current files of your OS.

What are MODs in GTA V?

MOD stands for modification in the game. In GTA V, we can add real life MOD, country based MODs, personality based Mods and Car MODs. These MODs are really really entertaining and drastically effect gaming.

After all missions are ended, we can enjoy the game even mod with Online Mods and can play GTA V together with the help of MODs. You can find really interesting MODs online.

The easiest way to get MODs is by searching on Google. You can find thousands of MODs on Google and you can download them with one click and after that you can insert them into the game. The game becomes really interested then.

News cars, weapons, clothes, skins and missions are added in the game. Real life MODs and RTX 3060 combine increase the performance and ray tracing so much that the game becomes insanely great.

Is It Safe to Install MODs in GTA5?

Downloading games from a trusted source is completely safe. If you are downloading the MODs from trsuted source, is really secure and safe there’s no need to worry if you are installing the Safe from the trusted source.

Can Modding in Gta 5 Get You Banned?

No Modding in GTA 5 doesn’t get you banned. Most people only play GTA 5 becasuse of the interesting MODs are there to use. With the help of MODs, the game becomes really stunning and fun.

Rockstar studios knows that and that’s the reason why there always support cheat codes and MODs and users also like this very much. Such MODs are not available in most of the games and this is the only thing that seperates GTA V from other games.

Modding in GTA V is really really fun. Many people enjoys MODs than completing the actual missions in GTA V. These MODs are present since the dawn of GTA series. From the release of GTA 3, we all use cheat codes and it really imporves the gaming with the PS4 Controller.

This blog post, shares the informatio for MODs in PS4. GTA V is really fun playing on a PC than in PS4. If you like this post don’t forget to share it with your friends.