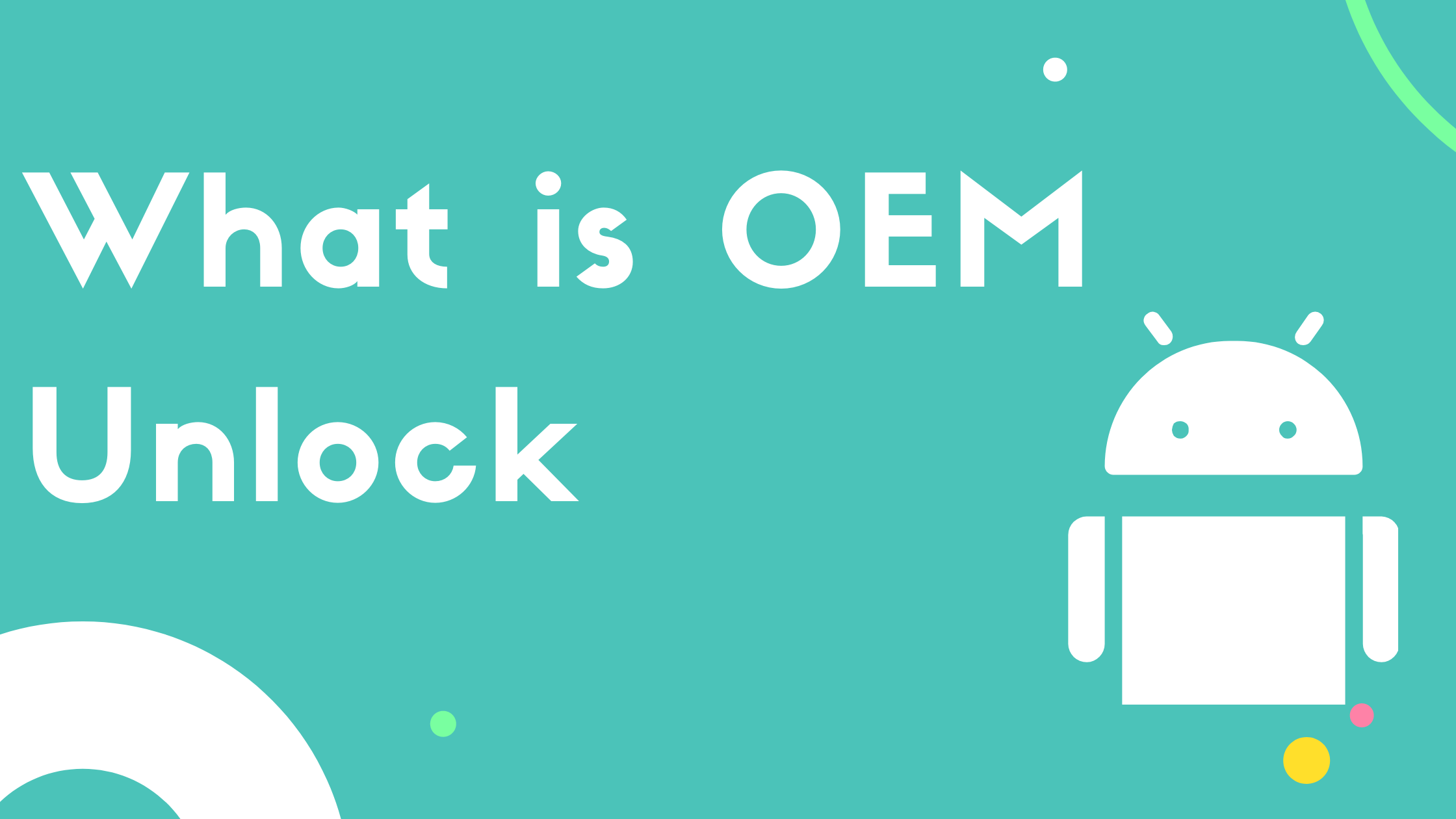 Almost all Android devices come with a locked bootloader, and by default OEM is also locked, preventing you from rooting, installing custom ROMs, and flashing recovery. For some power users like myself, OEM unlock is essential because I’d love it.

I’d like to root my phone as it gives me more power over my phone. I can install custom roms, Magisk modules like Cloudflare DNS to speed up my Internet Speed, Viper4Android and way more Magisk modules for rooted devices.

To get hands on power over your Android phone we have to root your phone and for that we have to unlock OEM. After unlocking OEM, we’ll be able to perform Administrative tasks, Top Level Modifications, Installing custom recoveries and custom ROMs, and much more.

What is OEM Unlock?

You need to unlock the OEM from Developer Options to install custom ROMs, Magisk (Rooting App), Viper4Android (Root Module), and custom recovery. Typically, it’s hidden and to see the developer options you have to tap 7 times on the Build number found in the About Phone section.

How to Unlock OEM?

We’ll break it down into 2 simple parts. It makes it easy for you to understand. The first part is Enabling Developer Options and the second part is Unlocking the OEM. That’s it. No big deal.

By default, Developer options is hidden on all Android devices. Why? Because it’s not for the average Joe. As the name suggests, it’s for those developers who have an understanding of it and want to customize the system in their own way. So follow these steps to enable developer option:

Now you’ll see Developer Options just below the About Phone section and now you’re good to go towards the second part.

Now, it’s time for the second part of the process. It takes just a few seconds to unlock your OEM by following a simple step like the above. Trust me, it’s no big deal. Follow these steps:

Now, you can Root the device, Unlock the Bootloader and you’ve got the power to customize the phone as per your taste.

It’s safe only when you have the full technical knowledge of rooting, installing custom roms, unlocking bootloader and the other technical stuff like that.

If you don’t have the proper knowledge or just watched a video on YouTube explaining the benefits of root or something like that, please don’t. Most people on YouTube do not always tell you the other side of the story.

Bootloader protects your device against various data breaches, attacks and thefts. So, when your phone’s bootloader is unlocked, anyone with advanced knowledge of Fastboot can steal your data. That’s the biggest threat to you.

The second main threat of OEM unlocking is that while installing custom ROM you may completely brick your phone. Your data will be completely wiped out so make sure to keep a complete data backup before unlocking the bootloader because that’s the purpose of OEM Unlock.

Can you root without OEM Unlock?

On Android 6 or higher you can use the apps like Kingroot, Magisk and Farmroot to root without OEM Unlock. With just one click you can root your Android device using Kingroot and the same for Magisk.

They install the superuser (root) on your android device and boom your android device is not rooted. By using these apps you don’t have to deal with all the technical stuff. These apps are designed to trigger all actions by themselves so that’s a very easy way of doing things and is completely safe and legal.

By unlocking the bootloader, you can bypass Android OS for installing custom ROMs and powerful modules that cannot be installed if your bootloader is locked.

To get started with Fastboot commands you have to enable the OEM which further helps in Unlocking the Bootloader and Rooting the device.

Should you Unlock your Device OEM?

The truth is, it depends on the type of person you are. If you are a tech geek and want to explore the capabilities of your Android device, you should unlock the OEM, unlock the bootloader and then root it and do whatever suits your tastes.

You shouldn’t do it if you are an average person who doesn’t want to mess with the device, or if you have any sensitive data on it.

First take a backup of your data because data will be losted if you unlock the bootloader as the core focus of Unlocking the OEM is to Unlock the Bootloader so you should be aware of that as well.

Now let’s wind this up. We’ve talked about What is OEM Unlock, How to Unlock OEM, Is it safe and some other questions regarding OEM Unlocking.

If you have any questions you can use the comment box and I’ll be more than happy to answer your query regarding OEM Unlocking.