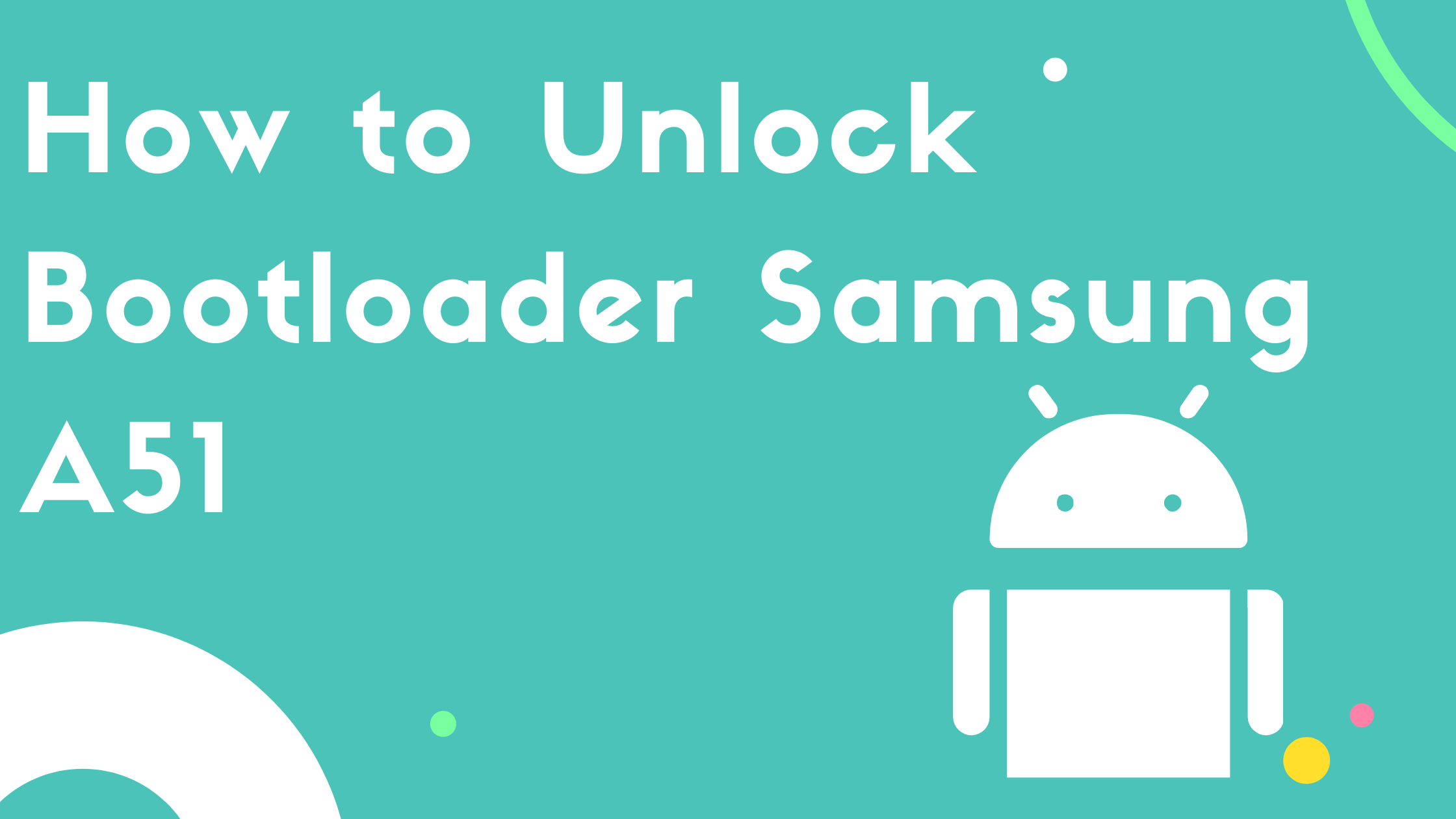 A Bootloader is a tool or software that loads the Operating System every time your phone starts up. It’s similar to the BIOS menu on Windows machines.

What is Unlocking Bootloader?

Installing a Custom ROM on your Android phone bypasses the operating system and provides you with full root access so that you can install anything and customize the phone to your liking.

Some power users always wanted to unlock the bootloader and root the phone so they can customize everything with their own taste and style. You can modify the firmware, block all advertisements, install themes, and install some of the most powerful apps like plugins for changing IMEIs.

We have just talked about why people want to unlock the bootloader, to get root access. They don’t like the UI of their phone, annoying ads and apps and some custom recovery softwares like TWRP Recovery.

How to Unlock Bootloader in Samsung A51

Now, let’s talk about our main topic, How to Unlock Bootloader Samsung A51. Well, it’s way too simple trust me. Just follow these steps and voila you’ll have your Bootloader Unlocked just by following the steps discussed below:

First thing you need to do is to Enable Developer Options by:

The second step is to Enable OEM Unblocking.

It’ll again ask for confirmation that all your data will be Wiped Out if you confirm it. Please Volume Up and wait a few seconds, your phone will reboot and that’s it, you have now successfully unlocked the Bootloader of your Samsung Galaxy A51.

Is it Safe to Unlock Bootloader?

Yes, it’s Safe to Unlock Bootloader. But if you don’t have proper knowledge of Unlocking the Bootloader then it’s risky. You can lost your data too. You should give your phone to someone who is expert in it and that’s fine.

I suggest you not to Unlock your Bootloader just by watching YouTube video if you have an Expensive phone or have some kind of Important data in it.

No, It’ll stay Unlocked. Flashing a new firmware or doing a Factory reset doesn’t Lock the Bootloader. If you wish to lock it again, you can do so by turning off the OEM Unlock Button.

I hope, this guide helps a lot. If you have any questions regarding it, Feel free to comment below, I’ll more than happy to answer your Question. 😉

1 thought on “How to Unlock Bootloader Samsung A51”