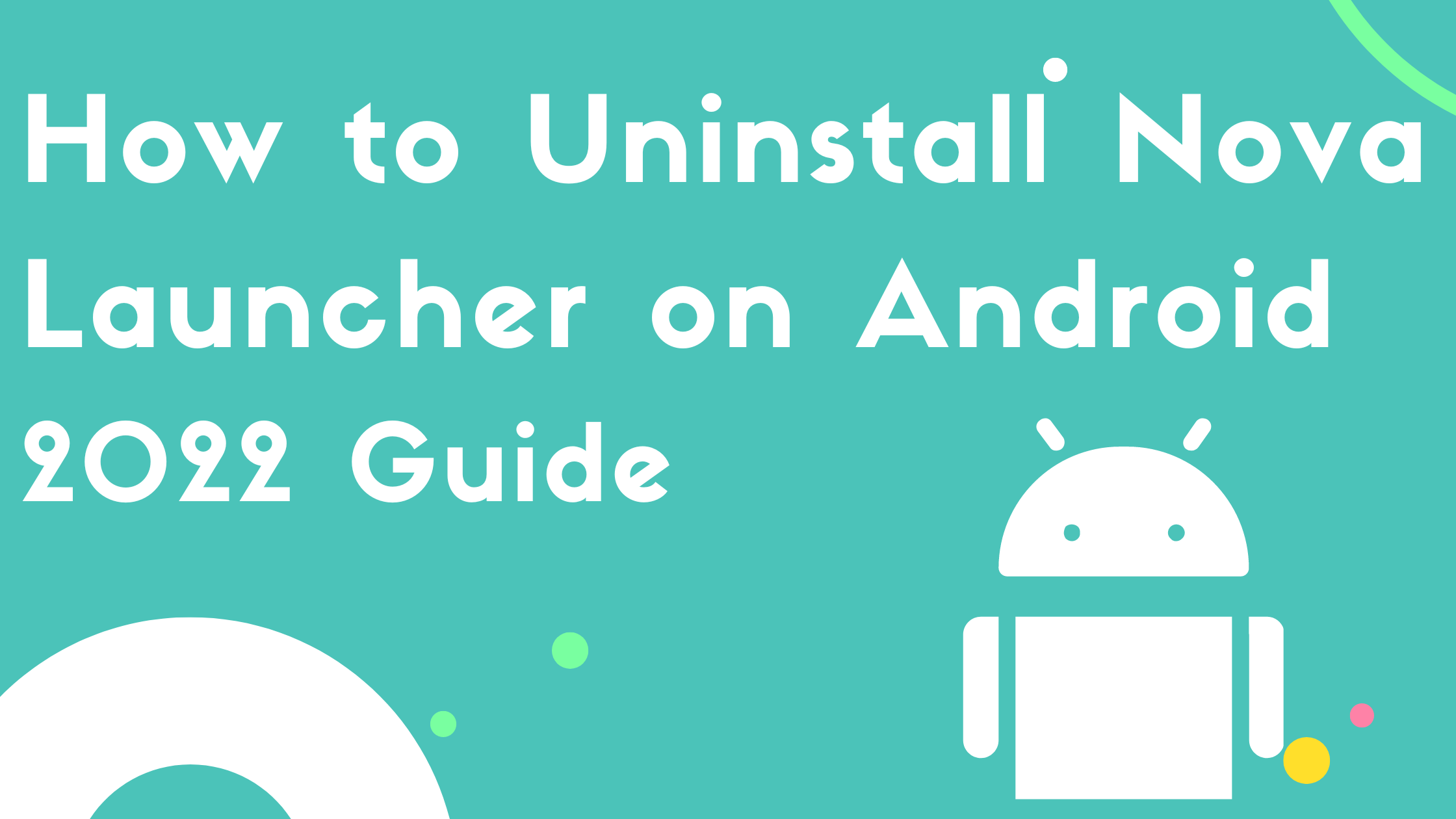 Nowadays, it has become very common for Android users to install several apps or games on their devices. But what if you want to remove them later?

There are many reasons to uninstall an app or game. You may need to free up space, or maybe you want to try another one. In any case, you’ll need to get rid of these apps and games.

But what if you don’t know how to do this? Don’t worry because in this article we’ll tell you how to uninstall Nova Launcher on Android.

This will be a great guide for Android users who are looking for more information about how to remove an app. Here are some of the methods you can try to remove it from your phone.

Uninstalling Directly from the Settings is the perfect way of deleting the app from the phone. Don’t panic. Without wasting any time just follow these steps and you’ll be about to remove it from the phone.

Follow these step-by-step procedure and you’re good to go.

Boom! You’ve successfully Uninstalled it. If you’re unsure about Default Launchers, they are pre-built launchers that come pre-installed on your device. Samsung devices come up with One UI as their default launcher, Xiaomi comes up with MIUI and so other devices have their own Launchers.

The simple and yet the fastest Method is to Remove Nova Launcher from the Play Store. It can be done under 2 minutes yet it is the simplest method from all. Here’s how you can do it:

PS: There might be an option of Update, if your app is out of date. Simply, Update it and after updating, you’ll see an option for Uninstalling the App.

In some cases, you can directly uninstall Nova Launcher but many users have complained that when they are using Nova Launcher it can’t be Uninstalled but now since we’re moved to newer versions of Android, I think there might be an option for Directly Removing it. If that’s not the case in your situation, you’ll either have to follow Step 1 or Step 2.

Well, Yes. Nova launcher is completely safe. It doesn’t have any malware build in it. Trusted by Top Cyber Security Companies and also trusted by Google. If you wanted to use it and unsure about it’s security and threats then don’t worry it doesn’t affect you from any way!

What if you have a Rooted Phone? If you’ve a rooted phone or you have unlocked the bootloader of your phone then the remains the same because Nova Launcher has nothing to do with root or with internal files of the phone.

In conclusion, I can honestly say that Nova Launcher is one of the best launchers out there available on Play Store. I’ve used it for years on my Xiaomi device and have no problem using it.

For some people, Default launchers are user-friendly and they wanted to switch to them back and could not find a way to do so. That’s why I’ve written this post to help you out!