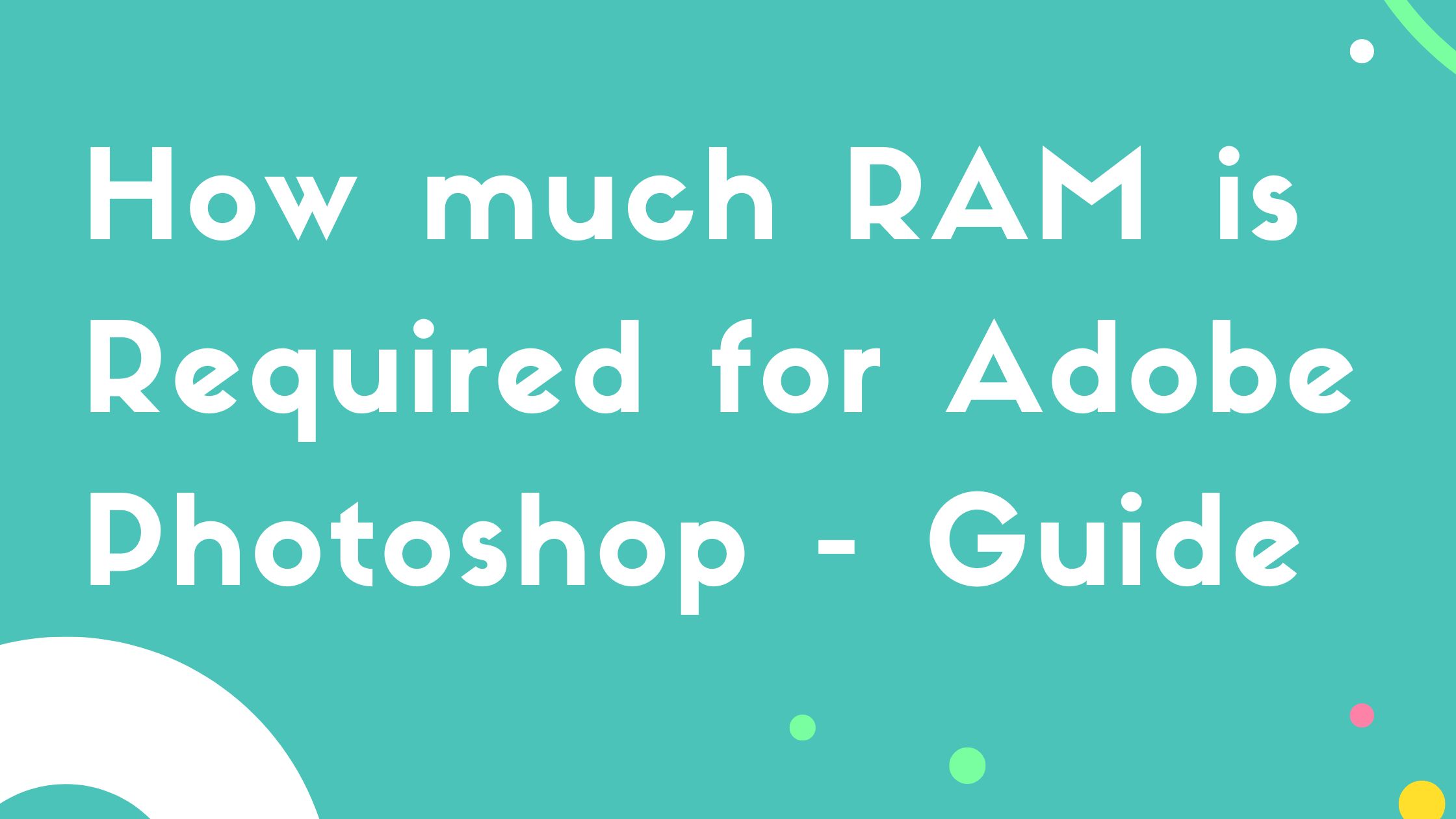 Photoshop is the industry-leading software in Photo Editing. It’s used by the world’s top photo and video studios all over the world. Adobe has refined its products so well that its software is known as industry standards.

With the development of Adobe Photoshop, their are new versions coming each year. At the time of this article, the latest version is Adobe Photoshop 2021 CC. Most people who wanted to start video editing or photo editing need to run and learn this software as it’s mandatory.

Some people don’t afford to buy top-notch laptops and PCs and they are often confused about how much ram is required for photoshop?

How much RAM is Required for Photoshop

The usage of RAM depends upon the version of Photoshop you are using. For older versions, you need 4GB of ram and that’s enough for using Photoshop 2016. For updated versions of 2017 and onward at least 8GB ram is required and for the 2021 version, 16GB of ram is recommended. Here’s the list:

The best setting is to have 8GB of RAM and a 512GB SSD. Adobe Photoshop will work seamlessly on these hardware configuration as these are the recommended hardware specs.

Is SSD Good for using Photoshop

Yes, it’s more than enough to have 8GB of ram with a 512GB SSD. SSD are solid-state drives and have much faster transfer rates as compared to normal Hard Drives. Normal hard drives are not good nowadays to run the latest market software.

Nowadays, every laptop comes with a Built-In SSD so you do not have to worry about updating the SSD. They last more than average HDDs and they are more than enough to run industry-standard software specifically Adobe Lightroom, Adobe Premiere Pro, and Photoshop.

The latest versions of Photoshop requries more core processors. If you have a 4th Gen Intel core processor which only have 4 cores and in some cases it might hang your PC. The recommended processor for budget users is Intel Core i7 as it has more than 8 Threads and can handle Photoshop easily despthe ite that the Intel Core i3 processor only has only 2 cores so in this case, Photoshop might work slowly.

In the case of photoshop, there is no need to go for an expensive Graphics card in case you can’t afford it. All laptops come with pre-build Intel Graphics such as Intel 620 UHD, and Intel 420 Graphics card. These cards can seamlessly run in Photoshop.

Graphics cards are required in the case of Video Rendering and playing high-end games like GTA V but in case of Photoshop where we only do Photo editing so any low-rated graphics card is enough for using photoshop and your pre-built card also doesn’t stop you from doing your work.

Photoshop is insanely great Photo Editing software with tons of features that make it an industry standard photo editing software. The question of How much ram is required for installing photoshop always comes to the mind of beginners who are just getting started to learn Photoshop.

This is a detailed guide that explains various aspects of Ram usage in Photoshop. In case, you are just starting out this comprehensive guide is especially for you and in case you find it informative, don’t forget to share it with your friends.